VMware Addresses Application Portability with its Cloud on AWS

Home » VMware Addresses Application Portability with its Cloud on AWS

The India CTO for VMware, BS Nagarajan, explains application portability and other challenges enterprises face while moving to a hybrid cloud, and VMware’s answer to all of them.

“Applications are the most critical part of most businesses today”, was the opening statement by VMware’s India CTO, BS Nagarajan, in an exclusive session he gave to CyberMedia’s journalists and analysts on hybrid cloud and what’s VMware’s play in the same. Surely, applications have become extremely popular going by the numbers we witness on mobile app stores. They’re constantly re-defining user experiences of individuals and raising their expectations for a similar kind of experience in office. 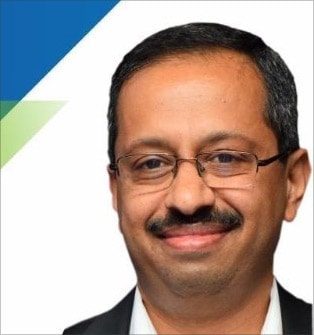 Organizations are trying hard to match that, and technology is also evolving to do the same. Hybrid cloud and edge computing are two examples of this evolution, with companies spreading their applications across multiple cloud environments and innovating to leverage the edge. A key challenge here is to be able to smoothly migrate applications across different clouds to enable a smooth and consistent experience for users. Nagarajan, fondly known as BSN,explains

some of these challenges and how VMware has evolved its cloud strategy to combat them.A key part of this strategy is to offer SDDC (Software-Defined Data Center) as a service, which VMware is giving on AWS’s platform.The service has already been launched in a few countries, and India is next. Here’s what the service is all about and how does it fit into a hybrid cloud.

It’s all About Applications

Applications matter the most for any business today, which is why there are millions of them on mobile app stores, which are being continuously developed and redeveloped because of new user demands. Users are amazed by the experience they offer on mobile devices, with their ever-evolving nature, self-service, ease of use to name a few. With such great experience, it’s only natural for users to demand a similar kind of experience from their IT departments in the organization. According to BSN, that experience unfortunately is not as great because of old technology, bureaucratic processes, etc. Even a simple application request has to go through a long process of form submissions, approvals, and waiting time. BSN feels that this trend is now changing, where organizations are going through a huge change on how business applications work, all thanks to user demand for the same kind of experience. One of them is to make applications available on private and public clouds.

Multi-Cloud is the Way Forward

As a result of increasing popularity of public and private clouds, organizations are spreading their applications across. It can’t be oneor the other because both types of clouds have their own distinct advantages. Private clouds are preferred because they’re built internally, thereby giving complete control to customers. They can be secured as per govt.’s governance regulations, and applications can be tuned to the hardware because customers have become very familiar with them over the years. Private clouds however require a lot of time and efforts to build, run, and maintain.

Public clouds on the other hand,are always available and offer a lot of agility, elasticity, and scale. “You could get the infra you need in just 30 minutes, which would not be possible in a private cloud”, said BSN. However, public clouds aren’t always cheaper and you’re better off using private clouds instead.

BSN explained this with a parallel example of buying your own car vs. renting an Ola or Uber. If you need to drive say 150 kms a day, then it’ll be cheaper to buy your own car (private cloud). Taking an Ola or Uber (public cloud) everyday in this case would prove to be very expensive.However, if you have a wedding in the family, and you need to ferry guests to and from your home, then buying a car just for this would not make sense, and you’ll be better off using an Ola or Uber.

The point here is that organizations need both public and private clouds today and in the future.

Where does Edge Computing fit in this?

As we discuss hybrid clouds, the question of what happens at the edge also does come into play. Edge is the location where data is generated and generally sent either to public or private cloud for computation, analyzed and sent back. This however may not always be possible, and BSN attributes it to 3 laws. One is the law of physics, which implies that data can’t be sent between edge to cloud if the distance is very long due to latency issues.In driver-less cars for instance, sensors continuously gather data from the vehicle and surroundings like people moving, traffic signals, stop signs, pedestrians, buildings, etc. The car can’t keep sending data over the cloud to take a decision, like stopping when it sees a red signal.

Second is law of economics, where it’s not feasible from a cost point of view to keep sending Terabytes of data between edge the cloud. Third is law of the land, where regulations mandate that you’re not allowed to send data outside. In defense establishments for instance, data can’t move out due to high confidentiality.

Edge computing is an interesting area and innovations are happening where it’s being used along with hybrid cloud.

VMware’s cloud strategy is similar towhat they did with server virtualization—provide a virtualization platform to customers, which is agnostic of the underlying hardware. “So it doesn’t matter which vendor’s server the customer chooses. Our platform runs on all of them”, said BSN. VMware’s cloud strategy is to replicate the same thing on the cloud, where customers can choose any cloud provider and VMware would provide a common platform to manage all the customers’ applications.

This makes it easy for customers to move their applications across multiple clouds, which has been a key challenge while moving to the public cloud. “The process is very complex, and almost impossible if not completely impossible”, said BSN. “We want to adopt a strategy where it’s not a one-way journey. Customers should be able to move to a public cloud and back to their private cloud whenever they need to”, he added.

With this strategy in mind, VMware partnered with AWS in 2016 to offer VMware’s cloud services on AWS’s platform. “As VMware is strong in private cloud space and AWS is a dominant public cloud player, there were no conflicts or overlap”, said BSN. The idea is to provide private cloud like functionality on a public cloud, all as a service.The good thing here according to VMware is that a lot of customers already have VMware skillsets and therefore don’t have to learn something different when they go to cloud. Even if they go on AWS, they would find the same technology that they’ve been using on-premise in their private cloud.

Application portability is the most powerful benefit of this, which is otherwise very complex and time-consuming because applications have been designed to work in a private cloud. “Companies can take many months to re-factor even one or two applications”, said BSN. With enterprises having hundreds of applications, it’s a mammoth task to move them. With VMware on AWS, companies can do this easily. The other advantage is that all support related to the service is offered by VMware and not AWS, even if it’s a hardware problem.

VMware offers four of its SDDC components on AWS—vSAN, NSX, vCenter, and vSphere. Here, vCenter is the mgmt. sw to manage all the other components. As VMware’s existing would already be running such a VMware environment on-prem, then it could be linked to a similar infrastructure on AWS and managed as a single, hybrid cloud.

Use Cases of VMware Cloud on AWS

There are multiple scenarios where companies could stand to benefit from using VMware on AWS. Data Center Evacuation, Consolidation, Hardware Refresh, Extension, or on Cloudare the key ones.

VMware already has lots of global customers already using it. One of them in Europe moved 450 applications to VMware’s cloud in just 5 days, which would otherwise have taken at least 5 months. Similarly, a bus/coach company in London moved around 600-650 applications in just 4 to 4.5 days.

BSN also gave the example of a customer who had to setup a DR site, and the hardware on their primary site was also due for a refresh. Besides heavy investments, the process of setup would have been extremely time consuming. It would have involved purchasing new hardware, migrating all applications to it, moving the old hardware to the DR site, and then start the data replication. The entire process would have easily taken them 8-10 months. VMware instead suggested them to migrate all their applications to VMware cloud on AWS, and use the old hardware on-prem for DR. In any case, most companies today run DR as in active-active mode, so latency sensitive applications could continue to run from on-prem, while others could run from the cloud.

There are intermediary options that give you public cloud like functionality on-prem? Then why have private cloud like functionality on a public cloud? There are a number of intermediary solutions out there like consumption-based models or composable infrastructure where companies can choose the amount of hardware resources they need for a particular application. According to BSN, that’s not equivalent of a public cloud. He feels it’s similar to paying the amount in installments than upfront. According to BSN, while such solutions can arrest some business going to public cloud, but it’s not equivalent to what a public cloud offers.

The company allows two ways to purchase VMware Cloud on AWS. One is pay-per-use, wherein you can choose to buy it cloud on demand as needed. The other is a loyalty program, wherein VMware offers discounts for existing customers who already have on-prem licenses of VMware.